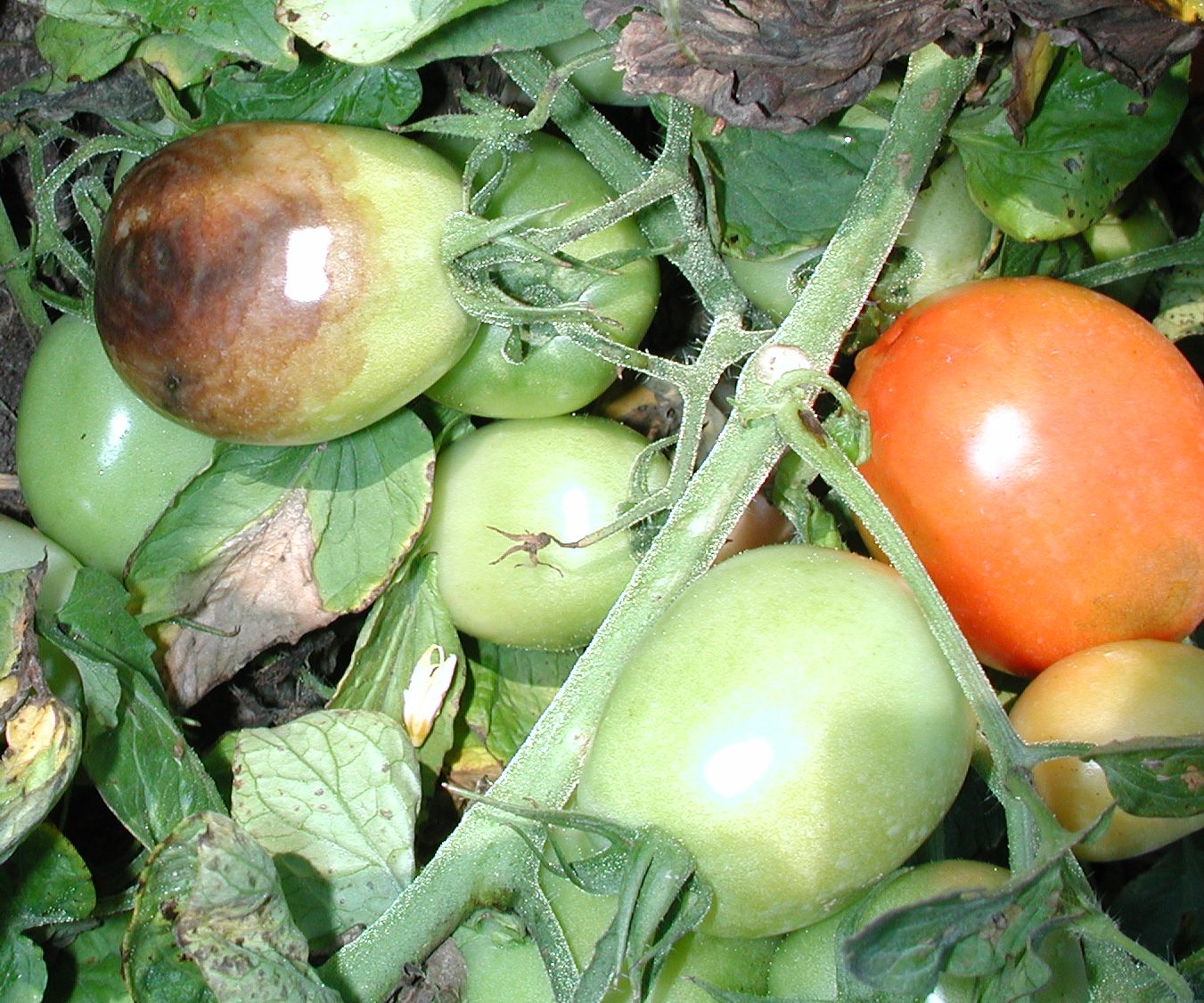 Phytophthora capsici biology
Phytophthora capsici is a type of organism belonging to the group Oomycete or “water-moulds,” which are more closely related to algae than the fungi they are often confused with. It has a wide host range, including sweet and hot peppers, tomatoes, eggplants, all cucurbits, snap beans, lima beans and even some weed species. P. capsici reproduces best in warm and humid or wet conditions. On the surface of infected plants, it produces a large number of lemon-shaped structures called sporangia. Sporangia can be transmitted between plants and from soil to plants by splashing water, or through flowing water (i.e. irrigation water). Sporangia can also produce motile zoospores, which can swim short distances to plant roots in saturated soils or standing water. Sporangia and zoospores are produced annually, meaning they are not long-lived and don’t persist in the environment. Oospores, another spore which can be produced by P. capsici, are thick-walled and are able to resist degradation. Oospores can remain dormant in the soil for up to 10 years.

Common in Essex County field tomatoes
Due to increasing reports of fruit rot issues, a survey of 14 processing tomato fields was completed in 2018 to survey for buckeye rot and soft rot in tomato fruit. Fruit were collected in late August and early September in Essex County. A DNA multiscan (Univ. of Guelph Pest Diagnostic Clinic) was used to identify the presence of microorganisms. Phytophthora capsici was detected at 13 of 14 sites and 87% of fruit samples tested. Symptoms observed included crown rot, buckeye rot, white mycelial growth, and soft rot (Figure 1).

Management of Phytophthora fruit rot in field tomatoes
We worked with two growers to evaluate the value of P. capsici specific fungicides to reduce Phytophthora fruit rot in 2018. Strips trials were completed at two commercial processing tomato fields. At both sites, the standard fungicide program, which included no fungicides with activity against P. capsici, was supplemented with fungicides with specific activity against this pathogen. Fruit rot incidence was too low at one site to determine the effectiveness of fungicides, but at the second site, fungicides reduced rot yield by an average of 61% (Table 1. In 2019, we will compare the five application foliar program (program 3 in Table 1) to a three application program.

Even though certain fungicides can help reduce Phytophthora fruit rot, an integrated approach to management is important. For example, rotation with non-host crops will help prevent the pathogen population from building up in soil. Also, limiting the time that the soil is saturated, by using raised beds with plastic mulch and drip irrigation, has been shown to reduce losses due to P. capsici. If you are not able to use raise beds, tiling and subsoiling fields can help to improve drainage. Also, be aware of the source of your irrigation water. P. capsici has be found in water sources such as ditches, streams, rivers and ponds in other primary growing regions. Using well water or passing irrigation water through a carbon-based filter can help to reduce the likelihood of introducing P. capsici into your field every time you irrigate.

Acknowledgements:
Funding for this research was provided by the Ontario Tomato Research Institute and the Ontario Ministry and Agriculture, Food, and Rural Affairs. We thank Syngenta Canada, Engage Agro, Valent Canada, and BASF for providing product samples and the participating grower cooperators for maintaining sites and applying product.

0 comments on “Is Phytophthora capsici Causing your Tomato Fruit Rot?”