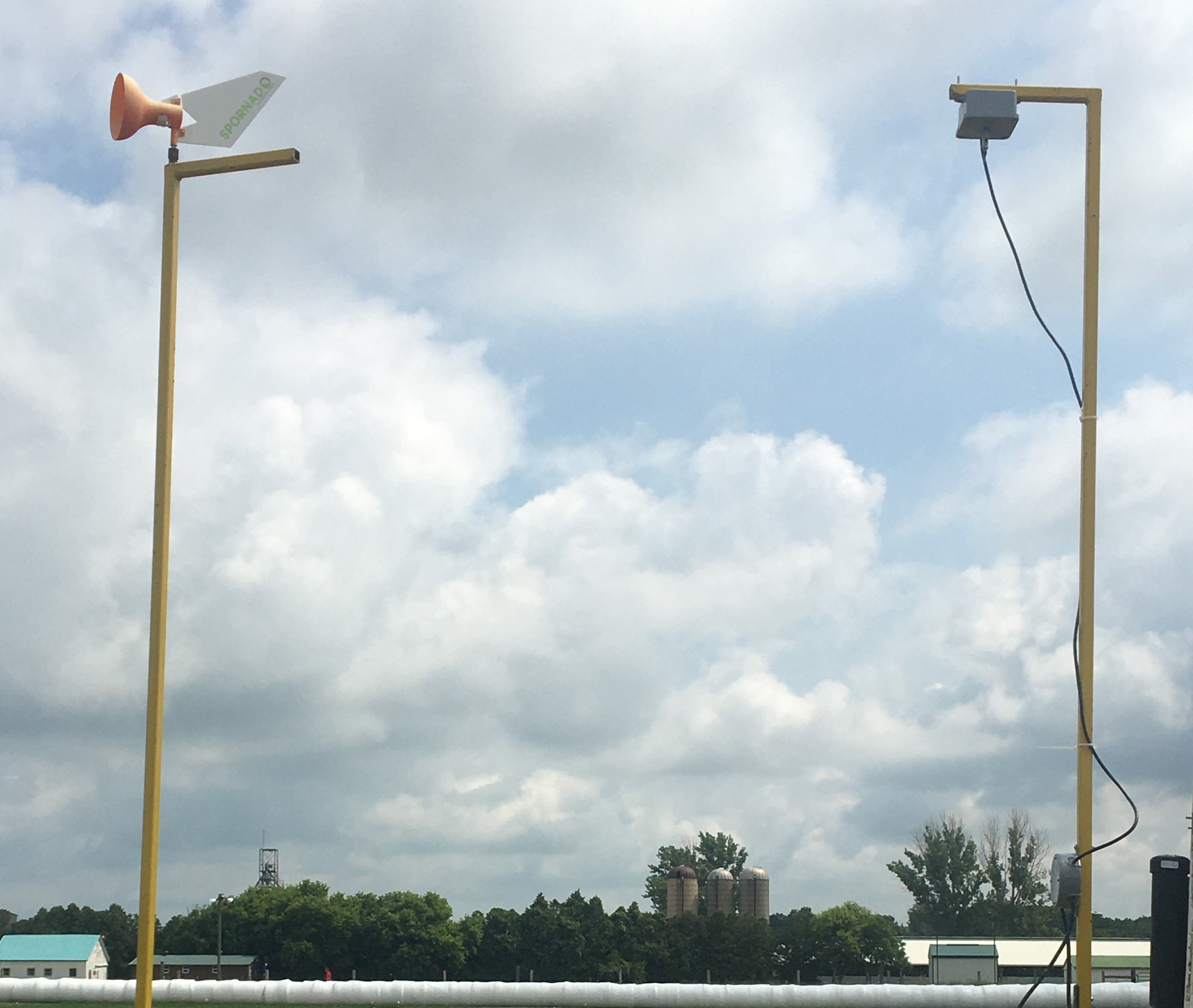 Late blight, caused by the Oomycete pathogen Phythophthora infestans, is a devastating disease of tomato and potato. Another oomycete pathogen, Pseudoperonospora cubensis, causes cucurbit downy mildew, a significant disease of cucumbers and cantaloupe.  The appearance of both of these diseases in Ontario can be sporadic, with symptoms first reported anywhere from late June to late August. This has made it difficult for growers to know when to modify fungicide programs to account for increased risk of these oomycete diseases.

To better understand if spore trapping is a useful tool to better predict risk of these diseases, spore trapping networks have been deployed in Kent and Norfolk counties this year.  A network of spore traps has been set up at 15 locations across the tomato and cucumber growing regions of Kent, East Elgin and Norfolk counties. In Kent County, two types of traps are being tested. The first is a Spornado, which passively captures are particles through a mesh lined cassette placed inside a horizontal funnel. The second trap, called a Rotorod, spins silicone-coated plastic rods in the air to actively capture air particles. The cassettes and rods are collected twice-weekly for testing of pathogen DNA. In Norfolk County, only the Spornado trap is being deployed.

This is the 2nd year of a three-year project to assess the value of different spore traps and forecasting models to better predict late blight risk. We are comparing the Spornado and rotorod spore traps at eight sites in Kent County, including a comparison of trap height at four of these location (Fig. 1). Three of these locations include unsprayed sentinel plots of tomatoes that are being monitored for first appearance of late blight. The BliteCast forecasting model, first developed in New York State is also being evaluated to indicate late blight risk based on environmental factors.

So, what is the risk of late blight so far this year?

If left untreated, cucurbit downy mildew can cause yield losses of up to 100% in cucumbers.  The current management strategy involves a broad-spectrum fungicide program during the early season, switching to targeted downy mildew fungicides as soon as downy mildew is identified anywhere in the Great Lakes basin.

We are testing for downy mildew in the 3m tall Spornado traps at all 15 locations.  In Elgin and Norfolk, five traps are located in commercial cucumber fields, one trap is in a commercial tomato field and the final trap in located at the University of Guelph, Simcoe research station adjacent to a sentinel plot of unsprayed cucurbit plants.