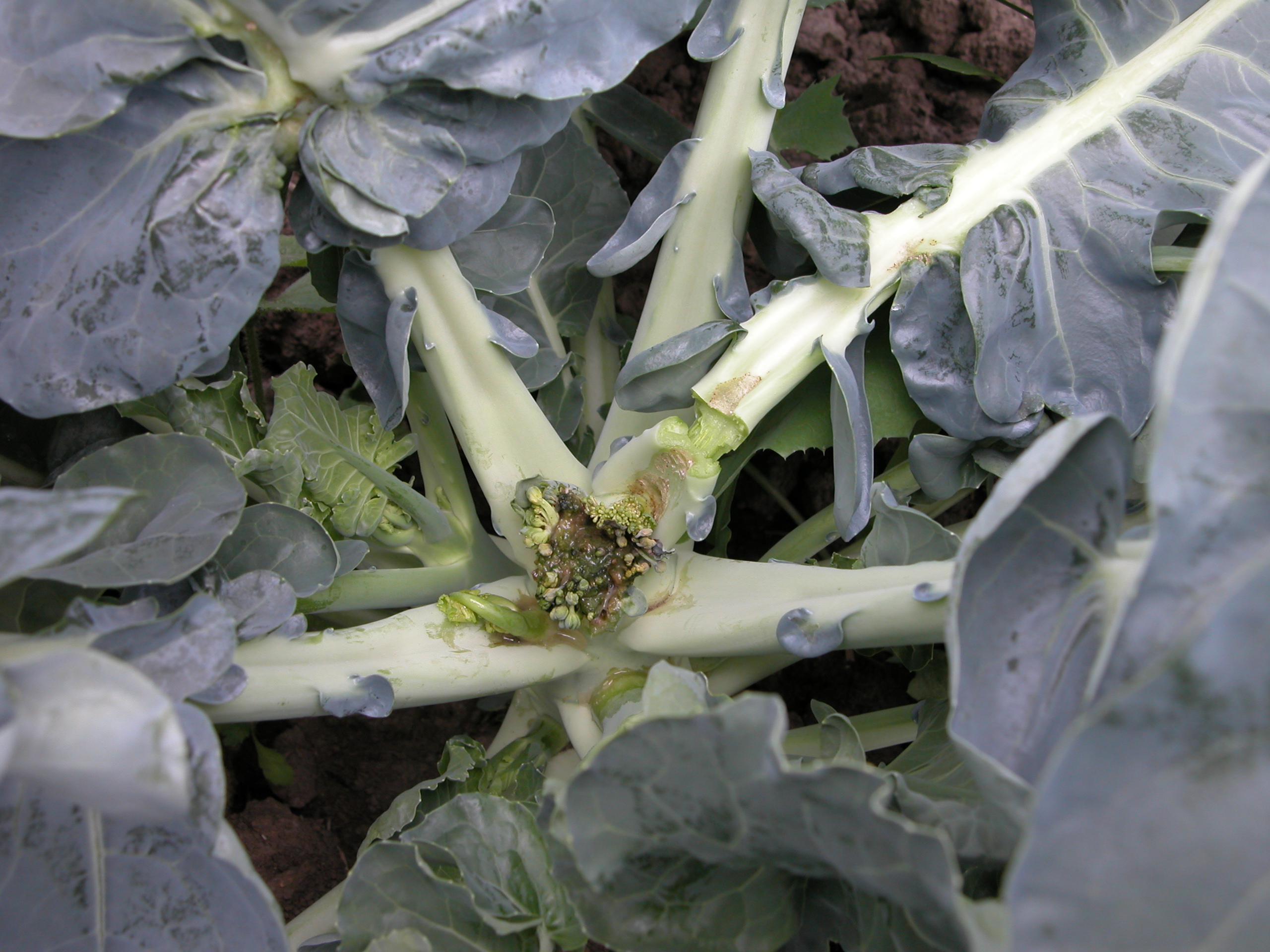 Swede midge (SM; Contarinia nasturtil) is an invasive, gall-forming dipteran pest that
was first identified in Canada on an Ontario farm near in York region in 2000. It has since spread to

several other provinces and US states. The SM targets Brassica crops including broccoli, Brussels sprouts, cabbage, cauliflower, kale, Asian brassicas, and canola. Cruciferous weeds act as hosts and their presence can maintain populations of swede midge even when no crops are present. Damage varies depending on the age of the plant, but in the case of head brassicas, the result is often no marketable yield.

The adult SM is a tiny 2 mm, tan coloured fly. It overwinters as a cocooned pre-pupa in the top few centimeters of the soil. New adults emerge in late-May to mid-June, although some overwintering individuals do not emerge until August, and some pre-pupa remain in the soil for up to two years. There are multiple and often overlapping generations per year, with numbers increasing as the season progresses.

Mated females lay clusters of small translucent eggs in tender new growth of hosts. Eggs hatch soon thereafter. Larvae secrete enzymes that break down plant cells and then feed on the liquid contents. Their presence and feeding causes the plant to form characteristic swollen galls, multiple heads, and distorted and twisted tissue (Figure 2). Infested growing tips often look somewhat moist or rotten. Feeding injury opens up the plant to secondary pathogens, causing rot-like symptoms in the meristem (Figure 3). Since there can be other causes of these symptoms (mechanical injury, molybdenum deficiency, herbicide injury, etc.)  open up the growing tip or other suspect  tissues and look for 3-4 mm white to yellow coloured larvae (Figure 1). Use a hand lens if necessary.

Management of SM requires an integrated approach that includes:

Other strategies, including the use of exclusion netting, entomopathogenic nematodes, and biopesticides, have also been evaluated as alternative tools.  For more information, see the OMAFRA Factsheet “The Swede Midge – A Pest of Crucifer Crops” and follow ONVegetables.com for up to date information about swede midge and other vegetable news.